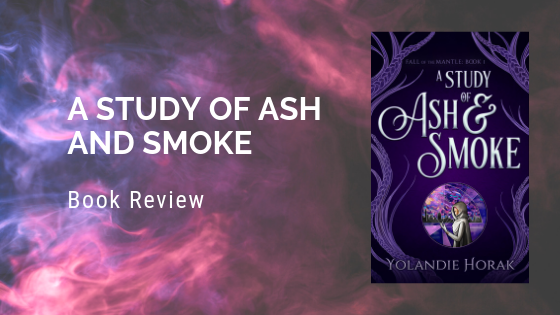 So I recently stamped my reading passport in the world of Aelland. The country under the mantle amidst the war of seven kingdoms. And what a journey it has been.

If High Fantasy is your thing, you will love this novel.

I received a free ebook copy from the publisher in exchange for my honest review.

Another Local Author, rather new on the landscape, with a lot of promise. Yolandie Horak is a big family person, artist and writer. Originally from Johannesburg, South Africa she currently resides in Calgary, Canada. She is currently working on the sequel

This is a first novel for the author. Keeping that in mind I want to compliment her on the complexity of her writing. This is not something you will find often in first time writers. So well done on that.

I initially found this novel difficult to get into. But if you manage to stick with it you will be rewarded with the promise of a great storyline. The entire first book is a build up of what has the potential of a truly amazing storyline.

A study of Ash and Smoke follows the story of Carabelle who has a secret she is hiding. I’m not going to expand here as it will spoil 75% of the book for you. However in order to hide the secret she poses as a boy apprentice for a nobleman physician.

In the world outside, a great war is being waged. A union between forces becomes a necessity for survival.

Lies, deception, love and friendship are key themes in this novel.

This high fantasy setting is interesting and resembles earth, Imagine Narnia meets steampunk – Warrior Animals and Mechanical Robots and transport. It has quite a few realistic aspects that tend to make the fantasy elements pop more. I do however wish that the map of the world was available at the start of the book rather than the end, to help guide me as I visited this world. That being said, I feel about half way through the novel I managed to find my way around.

The multiple point of views are confusing initially and becomes bearable later on. I understand the idea of having so many POV’s and Conflict scenarios, but it makes for a very intense read. I am truly hoping to see this justified in the second novel.

Storyline has a lot of potential, and you will find yourself getting attached to the characters in a unique way. I know I have my favorites and I am definitely routing for a specific outcome when it comes to them

With multiple storylines weaving a complicated tapestry, this novel is lined with the promise of great possibilities. I am really curious to see what the author will come up with in the sequel. I ended this novel in the same way I left the Grishaverse, wanting more and needing rest. The travel was intense.

Help support the blog by shopping on Society6

For the Love of Meg

#hashtag you are it!