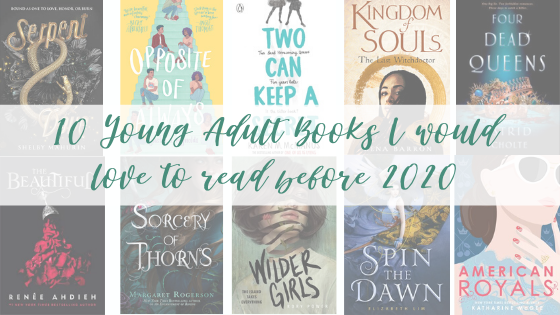 We are on the brink on November which means we have literally only weeks left in this year, before publishers swarm us with new amazing adventures and stories for 2020. And as with all things festive, it’s the time of the year where budgets and wish lists become a continuous topic of discussion. And with so many great books out there, what is a girl to do?

2019 has been a year of great books and many a new release has made its way to my shelf. And hopefully many more will still. But as is real life, there are many still that are on my online wishlists and in the cart’s waiting to be checked out and rehomed to one of my favorite parts of my home. My reading corner.  Here is a list of some 2019’s greats that I hope to add to my shelf before 2020. (full disclosure, one is already on the shelf, but I honestly have to move it up in the TBR)

What if America had a royal family?

When America won the Revolutionary War, its people offered General George Washington a crown. Two and a half centuries later, the House of Washington still sits on the throne.

I have heard so many great things about this book, and since I am such a huge fan of all stories Monarchy based, this book is one that I am willing to make room in the budget for.

Project Runway meets Mulan in this sweeping YA fantasy about a young girl who poses as a boy to compete for the role of imperial tailor and embarks on an impossible journey to sew three magic dresses, from the sun, the moon, and the stars.

This fantasy novel has been making serious waves on Instagram and I have been waiting for it to hit the shelves here in sunny South Africa. I have found a new love for fantasy set in different cultures and this promises to be a great read.

It’s been eighteen months since the Raxter School for Girls was put under quarantine. Since the Tox hit and pulled Hetty’s life out from under her.

an eerie setting might not be for everyone, but this book has been highly recommended to me by multiple, yes multiple friends who cannot stop raving about it.

So my inner scaredy cat is willing to brave this spooky read with the hopes of being rewarded with an epic story. 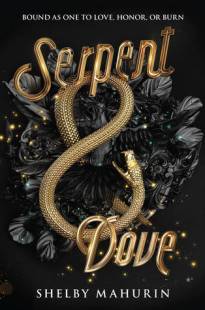 Bound as one to love, honor, or burn.
Two years ago, Louise le Blanc fled her coven and took shelter in the city of Cesarine, forsaking all magic and living off whatever she could steal. There, witches like Lou are hunted. They are feared. And they are burned.

As a huge fan of Manon in the Throne of Glass series, this book spoke to my inner fangirl and begged to be added. I am not usually one for witches, but can you honestly call yourself a fantasy lover if you don’t have at least one story of witches under your belt? 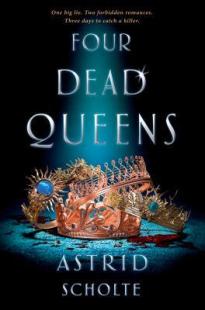 Seventeen-year-old Keralie Corrington may seem harmless, but in fact, she’s one of Quadara’s most skilled thieves and a liar. Varin, on the other hand, is an honest, upstanding citizen of Quadara’s most enlightened region, Eonia. Varin runs afoul of Keralie when she steals a package from him, putting his life in danger. When Varin attempts to retrieve the package, he and Keralie find themselves entangled in a conspiracy that leaves all four of Quadara’s queens dead.

Mystery meets Monarchy. Two foundations to set an epic storyline. And I mean honestly. just look at that cover. My inner bond girl is literally jumping up and down.

In 1872, New Orleans is a city ruled by the dead. But to seventeen-year-old Celine Rousseau, New Orleans provides her a refuge after she’s forced to flee her life as a dressmaker in Paris. When more bodies are discovered, each crime more gruesome than the last, Celine and New Orleans become gripped by the terror of a serial killer on the loose—one Celine is sure has set her in his sights . . . and who may even be the young man who has stolen her heart.

This story promises to bring so much to the table, that I can’t even contain my glee. Having been a kid when Twilight and Vampire Diaries were at their high, I cannot wait to dive straight into this one.

When Jack and Kate meet at a party, bonding until sunrise over their mutual love of Froot Loops and their favorite flicks, Jack knows he’s falling—hard. Soon she’s meeting his best friends, Jillian and Franny, and Kate wins them over as easily as she did Jack. Jack’s curse of almost is finally over.

Why not end the year with a great, fun read? This contemporary has very promising reviews, so why not?

Two can keep a secret

Ellery’s never been to Echo Ridge, but she’s heard all about it. It’s where her aunt went missing at age sixteen, never to return. Where a Homecoming Queen’s murder five years ago made national news. And where Ellery now has to live with a grandmother she barely knows, after her failed-actress mother lands in rehab. No one knows what happened to either girl, and Ellery’s family is still haunted by their loss.

Pretty little liars flashbacks at this title have me emptying my piggybank to find enough to get this book today. A teen suspense thriller is one thing my tbr needs desperately

All sorcerers are evil. Elisabeth has known that as long as she has known anything. Raised as a foundling in one of Austermeer’s Great Libraries, Elisabeth has grown up among the tools of sorcery—magical grimoires that whisper on shelves and rattle beneath iron chains. If provoked, they transform into grotesque monsters of ink and leather. She hopes to become a warden, charged with protecting the kingdom from their power.

In all honesty, this book is on the shelf, and right now, I am actually considering abandoning this post to start reading… But unfortunately this will have to wait till tomorrow. This book promises to be everything my inner book warrior needs. I will keep you posted.

Magic has a price—if you’re willing to pay.

Born into a family of powerful witchdoctors, Arrah yearns for magic of her own. But each year she fails to call forth her ancestral powers, while her ambitious mother watches with growing disapproval.

If you have not read @meredithmara‘s review on this book, I honestly recommend you do, as this will be enough motivation for you to add this to your wishlist for 2019. This book contains a sort of magic that when you speak to people who have read it, their eyes twinkle with a sort of knowing that will have you begging to get your hands on a copy.

In all honesty there are many more books that are still to be released for 2019 that are also on my wishlist. But these books are already available for purchase and definitely worth considering.

Remember to sign up to follow the blog via email to get the latest straight to your inbox.