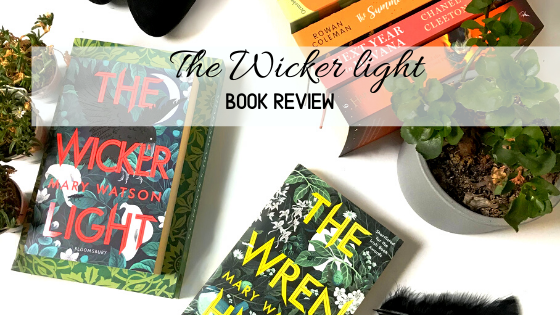 Fall back into the world of Augurs and Judges, in a little town called Kilshamble. A little town that has a very big secret.

The sequel to Wren hunt that can be read as a standalone and is captivating. I initially thought we will be picking up where we left off with Wren, which we do, but we are no longer following Wren’s journey. Instead we meet Zara.

Following the story of David and Zara, we find the village where we left it at the end of Wren Hunt. Except something has gone wrong and a girl is dead. Zara cannot seem to move on, and in an inexplicable way she seems drawn to David. The same David that used to harass Wren.

This is probably one of my favourite parts of this book. The slow burn Romance gives you a completely new side to David. And for me that is possibly the most accurate representation of a character. I have seen a lot of commentary lately about how characters are over complicated, making them non-relatable and unauthentic. To these people I would like to say – just because you have the emotional range of a teaspoon… I found David and Zara was deliciously complex. Making them the most authentic characters I have had the joy of meeting.

I love, love, love Irish folklore inspired stories and this is no exception. The Celtics have always fascinated me and I’m a sucker for a Will-o’-the-wisp cameo. This Druids inspired magical system is growing in its complexity and depth in a way that you can still easily follow the story without getting side tracked trying to figure out how everything works.

It took a few chapters to get over my disappointment of not getting more of Wren and Tarc, but once the mystery of Zara and David took over I was hooked. The slow burn romance is cute and innocent, and infused with the essence of the story.

Watson’s writing style is easy to follow, though the storyline is complex. This tangled web took some unravelling but it was well worth the commitment. She captivates her audience and even hubby asked what is happening once or twice during my reading. (I apparently make faces while I read.) The book is well paced, with a great balance between slow and fast paced chapters, creating a great rhythm to the novel.

All in all, a great read. If you like stories similar to Brave, you will love this one.

Zara’s family moved to Kilshamble for a new beginning. But everything changed the night her sister was found dead on the village green.

Two months later, Laila’s death is a riddle that nobody wants solved. Where were her injuries? Why was she so obsessed with local folklore? And what does all this have to do with David, the boy who lives at the big house?

As Zara delves deeper into her sister’s secret life, she becomes entangled in an ancient magical feud. All too unwittingly she is treading the same dangerous path that led Laila to the village green.

I grew up in Cape Town where I worked as an art museum custodian, library assistant, actress in children’s musicals, front-of-house duty manager, and university lecturer. My doctorate was in film studies and I’ve always been obsessed with stories.