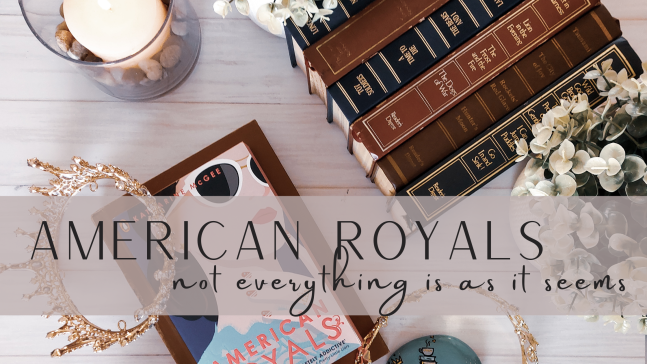 If you were a royal, what would your security call name be?

What to say about this book? I found it truly unexpected. Judging this book by it’s cover, you’d think this is an quick read rom com. A modern day twist of royalty. But it’s so much more.

With four point of views, the author takes on the enormous tasks of giving us a multi angle view of the royal life. Four unique woman on a road to self discovery. And all the challenges that life can throw at you. There is love, there are tears, there are scandals and everything in between. Easy enough to read, compelling enough to want more. I thoroughly enjoyed this one. More than I expected to.

What if America had a royal family?

When America won the Revolutionary War, its people offered General George Washington a crown. Two and a half centuries later, the House of Washington still sits on the throne.

As Princess Beatrice gets closer to becoming America’s first queen regnant, the duty she has embraced her entire life suddenly feels stifling.

Nobody cares about the spare except when she’s breaking the rules, so Princess Samantha doesn’t care much about anything, either . . . except the one boy who is distinctly off-limits to her.

And then there’s Samantha’s twin, Prince Jefferson. If he’d been born a generation earlier, he would have stood first in line for the throne, but the new laws of succession make him third. Most of America adores their devastatingly handsome prince . . . but two very different girls are vying to capture his heart.